​The classic tale of star-crossed lovers

meeting, and their feuding families 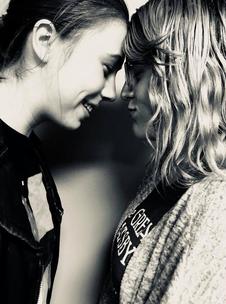 Ten years after interviewing for and writing The Laramie Project, five members of the Tectonic Theatre Project return to Laramie, Wyoming, to try to understand the long-term effects of Matthew Shepard’s murder. They found a town wrestling with its legacy and its place in history.

ONE NIGHT ONLY! 10/10, 7pm. This reading is FREE. Concessions will be available, and we would love donations, a portion of which will go to The Matthew Shepard Foundation, to honor his life, near the 20th anniversary of his death.

This performance features several of the original cast members from our very first production (The Laramie Project)!​

​Allie Bateman's wedding is Sunday. When Dinah, her precocious younger sister, returns to their parents' home for the festivities, she brings more than anyone expected: a new boyfriend, whose hidden history resurrects passions and painful memories for the whole family. Over one emotionally charged weekend, the Batemans find they must acknowledge and accept loss to gain hope for regeneration. Written by Zoe Kazan. Directed by Jim Croyer.

​This production has been cancelled, due to unforeseen circumstances.​​​​