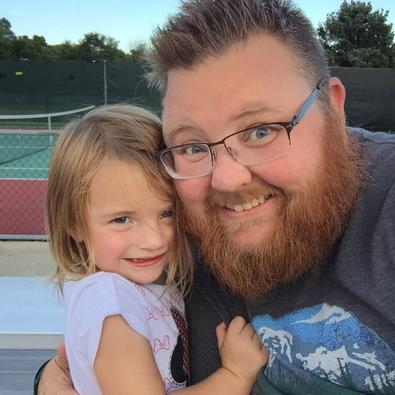 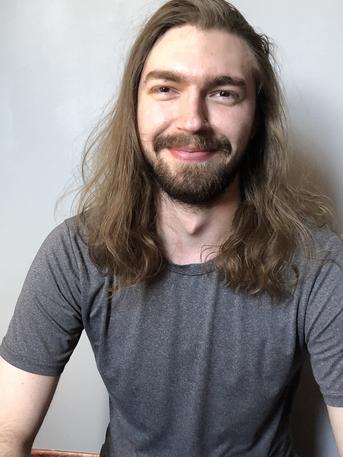 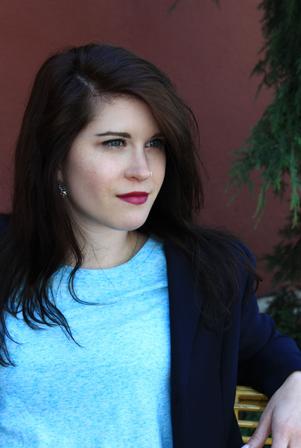 Elijah has dabbled in a variety of interests over the years, ranging from softball to ukulele. Yet, one consistent trend was his pull to the theatre. His first role was the Queen in Jack and the Beanstalk, and years later a Mute in The Fantastiks. During every production he found himself spending time with props and stage to pick up trips and tips. As the years went by, theatre slid to a back burner in life, and it wasn’t until recently that he found himself back on stage.

In August of 2017 he stood on the steps of The Downeaster, not realizing how greatly this would impact his life. He was cast in The Laramie Project, the first production of The Downeaster. A show with minimal stage direction, but that had each cast member portraying 14 characters. Some of Elijah’s favorites were Doc O’Connor, the “tell it like he sees it” limo driver and Dennis Shepherd, the victims heartbroken father.

Immediately following was the first youth production of the theater, Charlie and the Chocolate Factory. This helped his oldest daughter join the theatre family as a cast member and his wife doing costumes. This was a major turning point, as it also gave Eli a chance to try more back stage. He assisted with props again and learned lighting to be on Tech for the show.

As the youth’s production wrapped up, Elijah knew he couldn’t walk away from the theatre. So after a meeting with Kathryn, he accepted the position of Administrative Assistant. But this job doesn’t stick to a desk, and you can bet you’ll see him involved with sets, props, lights and more through the years.

Peter has been working in and around audio for many years, but purely as a hobbyist. The idea of turning it into a profession was always teased but there wasn't a clear plan to make it happen. So for years he learned about music, instruments, equipment, and how to put it all together for fun.

After several years of this, and several moves to different states, Peter heard about a theatre in need of an audio tech. He also heard about how the theatre started, how it was going, and who was running it. Most importantly he heard about how the director had a "watch me" attitude when faced with things that say "it can't be done." Between being inspired by that mindset, knowing that if he was gonna work with someone it would be someone like that, and having inadvertently been preparing himself for years to find this theatre he decided to step up and help make sure the show would go on.

Since then you can find him in the audio booth, backstage helping with maintenance and home improvement projects, or somewhere cracking wise. With the intent of making sure the show goes on for many years to come.

Current projects: setting up his music studio, writing a musical, renovating his house (at the insistence of his wife), and being a smartass.

Kathryn saw her first production at age three. And when she found out the show was running again later than day, she saw it again, twice in the same day. Thus, her love of theatre was born. In 1998, she made her stage debut as a Jack in Raggedy Ann & Andy. Since then, Kathryn's theatre experiences have expanded from just acting to makeup, stage management, props, set design and construction, hair, PR and marketing, management, directing, and playwriting.

In her high school creative writing class, Kathryn thought she had found her calling as a writer, and went to Grand Valley State University to pursue a bachelors in the subject. While there, she found the marriage of her two loves: theatre + writing = playwriting. Teaching has always been one of her inherent skills, so teaching at the collegiate level became her new goal as college came to an end, and to make that happen, she applied to a slew of graduate schools. After being rejected the first year, she applied again - at the same time she accepted the role of Artistic Director at All-of-us Express Children's Theatre. Again, graduate school didn't work out. In the third year of applying to playwriting school, Kathryn realized that perhaps that wasn't what she wanted to do after all. Managing a theatre and educating children had become her overwhelming passion. In that position, she could do everything she loved to do. It all made sense.

Current projects: Earning her teaching certificate, renovating her house, and locating a new home for The Downeaster Theatre in Indiana!